Vasagan Reddy, Director of Mining and Energy at Club of Engineers opened the Focus Group on Sustainable Power and Energy Storage Solutions with a presentation on the Energy Transition and Hydrogen Economy. In this interview Vasagan addresses topics discussed in the session including the atmospheric boundary, CO2 as the leading metric for greenhouse gas emissions and the return of the hydrogen economy.

As Chair of the COE Focus Group on Sustainable Power Generation and Energy Storage Solutions, what do you see as the purpose for these sessions?

As our name suggests we are a Club of Engineers and like all clubs we aim to create an environment where our members can meet to share not only their expert knowledge but also their passions on topics trending globally and relating to our core business.

Our generation and those to follow are part of the greatest challenge we face as human kind, stabilising the Earth’s climate in about half the time we took to destabilise it. At the heart of this challenge is Energy Transition, hence the topic of our focus group ‘Sustainable Power Generation and Energy Storage Solutions’.

Engineers by their very nature are creative problem solvers and we aim to use our collaboration as a club to support and develop ideas from these sessions into action, be it in the form of R&D  and or special projects. We want to do our part in the global mission to halt climate change.

What is the atmospheric boundary?

The most well known and talked about is the atmospheric boundary which looks at the concentration of greenhouse gasses in the atmosphere. The primary greenhouse gas we all know today is CO2 and the boundary for CO2 is approx 350ppm, we crossed this boundary around 1988 and currently CO2 is around 410ppm.

Since crossing this boundary we have seen dramatic changes in weather patterns but most importantly melting of the ice caps resulting in an acceleration of global warming.

Why is CO2 used as the leading metric for greenhouse gas emissions? What about Methane and Nitrous Oxide?

This is a very good question, in the latest Intergovernmental Panel on Climate Change (IPCC) AR6 brings to light not only these very questions but also gives insight into the effects that carbon dioxide, methane and nitrous oxide have on global warming. Scientists consider that the warming effects of carbon dioxide outlive the other greenhouse gases by centuries.

Methane on the other hand may last only a decade in the atmosphere but has 82 times the warming effect of carbon dioxide, contributing 25% to global warming. Natural gas and livestock farming are the key drivers of these emissions.

Nitrous Oxide the forgotten greenhouse gas, is no “laughing gas” the IPCC AR6 report also highlighted nitrous oxide, considered 300 times as potent as carbon dioxide in heating the atmosphere. Lasting on average 114 years in the atmosphere, Nitrous Oxide has for the longest time escaped the global spotlight and as a result been left out of climate emissions policies. Although only contributing 6% to greenhouse gas emissions, these emissions have risen 30% in the last four decades. If left unregulated are likely to work against the global climate goals. The primary source of nitrous oxide emissions is from agriculture.

The Hydrogen Economy is a popular topic in the discussion surrounding the energy transition, what are the reasons for its return and what do you see as the leadinG considerations in its development?

Green hydrogen is light, storable and energy dense but most of all, it has no greenhouse gas emissions. While renewables like wind and solar have developed into mature and cheap sources of energy, maintaining a stable and sustainable grid requires adequate battery storage which not only requires large spaces but is very expensive.

Hydrogen on the other hand would be a straight swap as a fuel and can therefore be used in the same way as fossil fuels to produce energy on demand. Over the last 2 decades many countries none more so than US Department of energy and many private companies have been funding R&D into the technologies to support the envisaged future of the Hydrogen Economy.

In my view the keys challenges in the Hydrogen Economy are safety, cost, consumer confidence and environmental impact of green hydrogen production. One of the challenges for hydrogen power vehicles is that unlike conventional vehicles hydrogen needs to be stored under high pressure in the fuel tank, this creates a weight problem and risk of explosion in a crash situation. Advances in material science and possibly collision avoidance systems and the like will greatly reduce or mitigate these risks.

Currently green hydrogen cost between $3 – $6 per kg and even this range can vary, but the US Department of Energy has given themselves an Earth shot target of “111”,  which is the reduction in cost to $1/kg/in 1 decade.

Although the production of green hydrogen via electrolysis does not produce greenhouse gasses it does require large volumes of clean water and fresh water scarcity and security is a real problem globally. The only alternative is desalination of sea water which has an environmental impact from brine dumping.

It is easy to see that these 3 factors will greatly effect consumer’s confidence in the adoption of the Hydrogen Future.

Having said that one needs to consider Just Transition and although renewables like solar and wind have provided to date around 11 million new jobs, a figure expected to grow substantially over the next 2 decades, globally an estimated 30 million jobs are related to the fossil fuel industries of which the boom of the Hydrogen Economy could very well support this transition.

Today you can buy an internal combustion engine that can run on hydrogen fuel, and in California hydrogen fuelling stations can be found along the Californian coast line. Anglo Platinum will test drive the first 300 Ton mining vehicle powered by a hydrogen fuel cell, and these advances and adoptions are happening across a multitude of industries.

One thing is clear the Hydrogen Economy is gaining momentum and will play a major role in the energy transition and achieving our climates targets.

Vasagan is the Director for Mining and Energy at Club of Engineers. A Project Manager with a National Diploma in Mechanical Engineering, a GCC in Mines & Works and Factories. Vasagan has gained invaluable experience and training in engineering maintenance and operations, project management, safety risk management and leading R&D projects related to circular economy.  He is experienced and knowledgeable in the principals of asset management and reliability engineering, helping companies to achieve and maintain world class performance.

Vasagan is passionate about engineering and people management allowing to effectively manage projects while being able to provide sound, hands-on and technical direction in executing works. 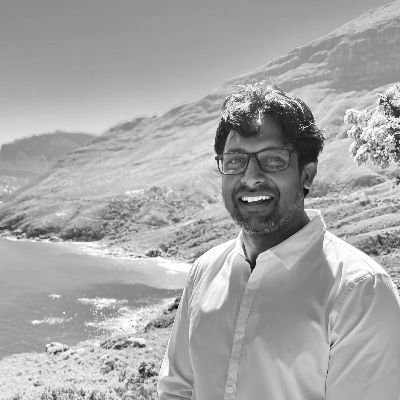 Get in touch with us today

Make COE Your Home Base

This website uses cookies to improve your experience while you navigate through the website. Out of these, the cookies that are categorized as necessary are stored on your browser as they are essential for the working of basic functionalities of the website. We also use third-party cookies that help us analyze and understand how you use this website. These cookies will be stored in your browser only with your consent. You also have the option to opt-out of these cookies. But opting out of some of these cookies may affect your browsing experience.
Necessary Always Enabled
Necessary cookies are absolutely essential for the website to function properly. These cookies ensure basic functionalities and security features of the website, anonymously.
Functional
Functional cookies help to perform certain functionalities like sharing the content of the website on social media platforms, collect feedbacks, and other third-party features.
Performance
Performance cookies are used to understand and analyze the key performance indexes of the website which helps in delivering a better user experience for the visitors.
Analytics
Analytical cookies are used to understand how visitors interact with the website. These cookies help provide information on metrics the number of visitors, bounce rate, traffic source, etc.
Advertisement
Advertisement cookies are used to provide visitors with relevant ads and marketing campaigns. These cookies track visitors across websites and collect information to provide customized ads.
Others
Other uncategorized cookies are those that are being analyzed and have not been classified into a category as yet.
SAVE & ACCEPT
Share This